Well it's June 18th, and a rather momentous day in several ways as I also bought a house! Had to do the equivalent of sending in the Guard reserve to win it at the auction though. A close run thing indeed. And another of our Napoleonic fraternity is having his first child born today (provisional name "Arther Wellesley" of course).

To commemorate the day, here's Marshal Ney ready for the second Waterloo refight (happening this weekend). This is quite a characterful and popular set. Also much commented upon is the hair style which the Perry's have sculpted as bald on top with comb over. I searched for records on the state of his hair, and apparently it is quite likely that he was bald by this time. I also chose quite a ginger colour for his hair to make him stand out, though in reality it was probably more chestnut coloured. Going for the colour and emphasis as with all my figures for reasons I've remarked upon before, i.e. the effects of scale and light perception.

I might rebase my generals on circular bases later as I quite like that look, but I only had rectangular and square ones available when I did these. 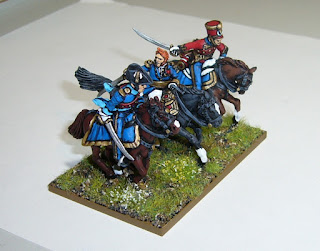 This Perry set is based on this painting by Demoulin of the Charge of Donops Cavalry Led by Marshal Ney at Waterloo. A brilliant translation of it into miniature. 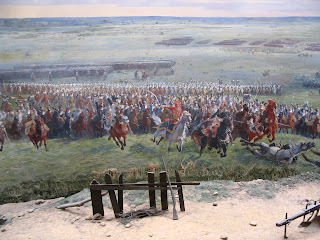 However I switched the position of the ADC's around to better protect the sword of the one in red! 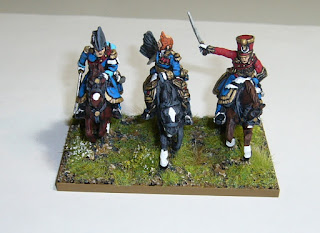 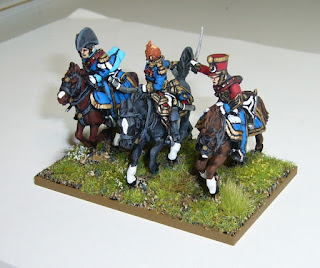 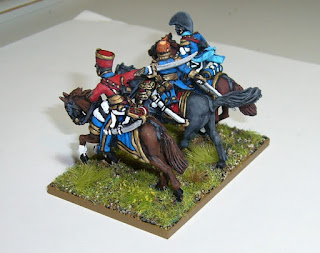 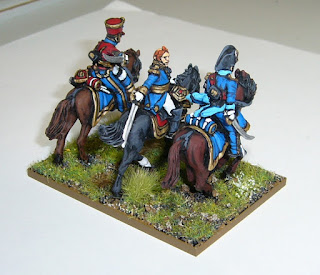 Report on the second Waterloo refight using General de Brigade will be up next week! As Ney I will no doubt be running around taking control of vast swathes of the French army and ordering poorly timed but impressive charges. Especially since our Napoleon is unfortunately (but appropriately) in ill health at present. Get well soon Ion! It will be a complete disaster if I'm let loose on the field I'm sure...
Posted by Chasseur at 16:52