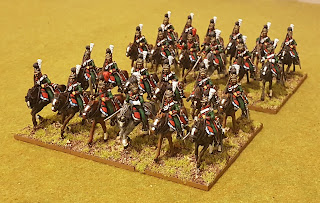 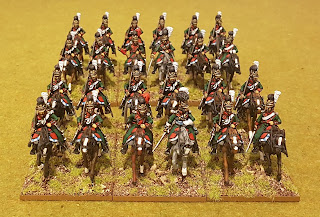 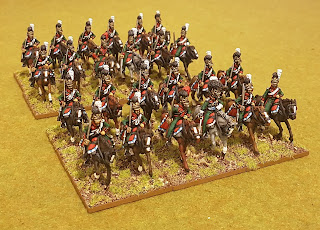 The two units are one from 1809 eara, and one from later. The only real difference apart from the pose of the command figures, is the silver and blue sash the 1809 era officer is wearing. This was discarded later for French style officer kit. However, I imagine some Bavarian officers might have kept it and nice to have the variation! Here's the 1809 unit. 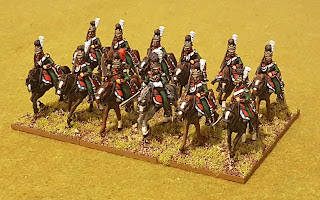 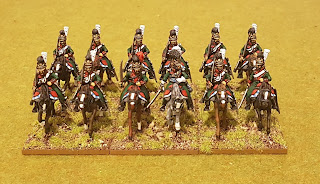 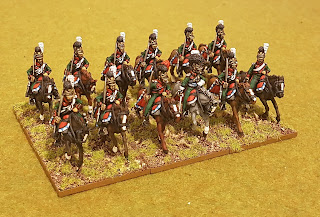 As for the Bavarian Dragoons, much painful dog toothing of saddlecloths on these units! Many manufacturers have these included on the sculpt which makes painting theme easier, but these had to be done freehand, and around the front of the saddle blanket on Chevauleger also. 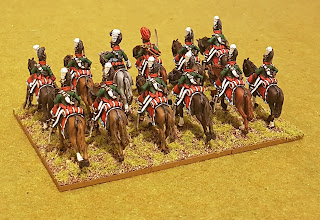 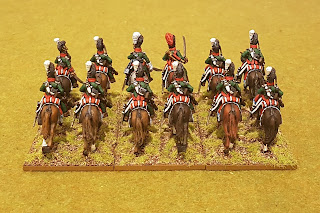 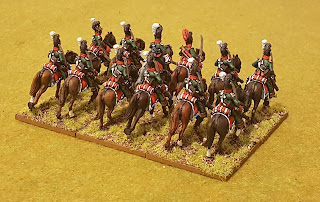 And a few pics of the later unit, and officer without the sash. 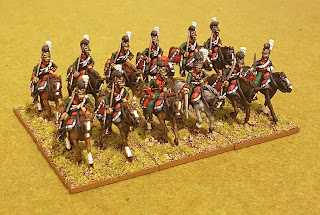 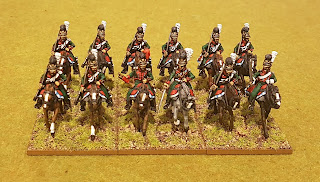 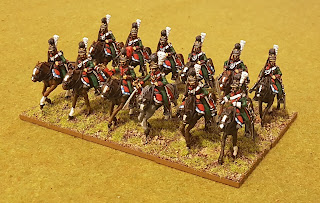 Glad to have these finished off! Best wishes to you all, and may 2021 be less plague ridden!
Posted by Chasseur at 09:59