Back to further painting for 1813-14.  I have a few more regiments done or near completion. Here is Wurzburg, one of the Confederation of the Rhine regiments that I keep coming across in orders of battle.

The earlier Wurzburg uniform looks almost identical to the earlier Austrian uniform with Raupenhelm, though the crest is just black without the yellow sides. This is the later uniform with more distinctive Shako pattern. I also painted this unit with unbleached linen trousers, except for the officer, to further distinguish them from Austrians! 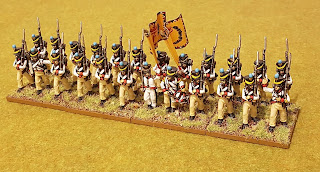 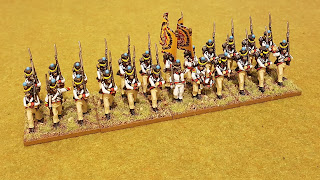 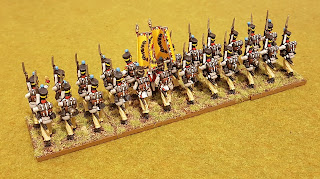 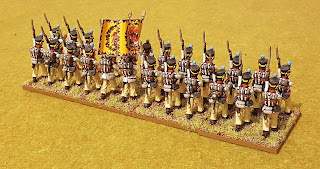