I couldn't resist laying out the French 2nd Cavalry Corp that I'll be using at our upcoming Leipzig refight! Even with each regiment effectively representing two regiments this will still be an enormous battle - I can't wait!  I still have a battery of two horse artillery guns to add, and hopefully some limbers if I can get them done in time. Apart from that it is complete. See everyone in Upper Hutt on the 5th October! 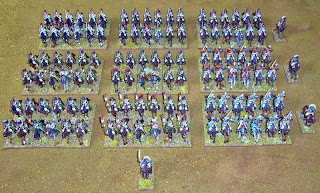 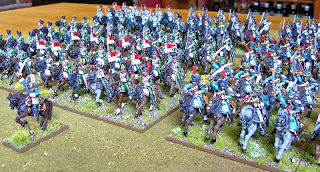 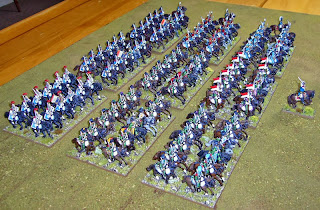 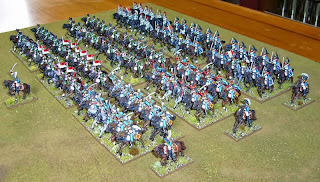 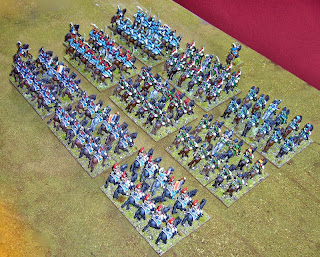